To all Thinker in the Matter 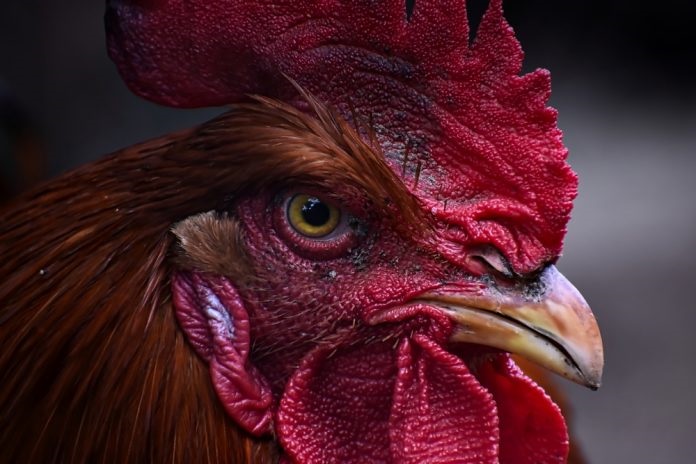 The German language document you may find here!

And again the Cock crowed.

Dear Readers and Thinkers in the Matter,


Today my person would like to contribute something essential to the matter, which will occur very rarely or is unique in the history of mankind.


Since the human only has the way of looking at things and processes of events from the perspective of a living being created by Creation and there is no other counter-perspective in this regard, my person would like to bring the matter out, that my person was not the one who has betrayed the Lord and Creator through her “unsightly resignation”, because the case was reversed several times!


Maybe my person will not be the only one who had to cope with such a big disappointment and suffer, which then inevitably has to raise very essential questions!

And if as a person one does not care about such an essential question and basis or dismiss it by placing oneself as a superman above the truth or the belief and the law, so that one is recognized in society, in order to be able to establish a comfortable life for oneself, then one has not understood the meaning of one`s life.

Reality shows us all clearly what is going on, but also what was already recognizable in advance!


The trouble is that now many unsuitable people from church, politics and business can „turn the set screws“ in the world!


The fat years are over, because it couldn`t go on like this, because there was no reasonable basis leftover for the coming generations, in that the hour of death and the death or birth of a person were often out of the norm!


And if you just try to downplay this or that or try to ignore this and that by all means, then you have clearly not understood the meaning of your life and, unfortunately, that includes the great mass of humanity!

This was not always the case in this concentrated form on God's earth, because there were many believers who actually lived and implemented the faith!


But slowly this "bulk storage" of the ancestors is undoubtedly canceled out through their descendants by the senseless striving for power, wealth or recognition of the lives lived, in that people from other cultures died en masse, whose long ago through the roots and connections of all cultures are in the overall events of the world and will now, at the end of time, clearly be the losers of the pandemic, especially due to starvation, which results from the behavior of the rich nations now threatened by the pandemic.


Obviously, a "level of endemic infection" of the affected poorer countries will no longer make much sense and will not be of any use, since most likely the acquired immunity of the CORONA virus is not permanent, but in part even seems to be rather short-lived and the next infection* starts anew.*


Quite apart from that, even as a lay person, one can only hope on a daily basis, that the virus will not mutate in a negative form with other "substances", especially because the pathogens of an epidemic can develop more easily due to poverty, particularly visible in the slums but the experts are clearly not seriously interested in working on the causes of the nidus ** or in perceiving them and yet apparently preferring to pretend an ideal world that can regenerate itself, which absolutely and visibly is no longer ideal!


There are not only psychopaths in the world who have to be prepared very slowly for a change in public life, but also people who can perceive reality, because reality has shown us all for a long time, that the end of time is in sight and may soon be at the door!


For this and for much more, active provision has already been made, which was made indirectly through Creation but directly through some burdened and called people, whose can be confirmed by contemporary witnesses.


This precaution was recorded in writing and can also be expanded according to the situation, so that a swift global agreement and an active ability to act can be made possible and so that the way is kept open for the case of the actually „expected falls“, but at the same time for the change of sides of the respective individual`s life-accounts of all nations, including the stop of abortions must be taken care of, which is also closely related to the Last Judgment, in order to be able to let keep the monumental balance, which is achieved through a reasonable redistribution of the goods and food of all nations, including health policy can be made possible and must be made feasible !!


During this transitional period, miraculous healings should also be made possible, which result from the named burdened people (people suffering from mental disorders) * and from the believing ancestors of all nationalities, but for natural reasons through the holy ancestors, that means, initially through the Twelve Apostles of Christianity will be able to develop!

For this, humanity needs the right framework of this "predetermined group of ancestors" in order to be able to receive the subsequent generations of this group (Roman Catholic Clergy with special status will be come back) * in the same way later at the same time.


What  framework would be more suitable than that of the Palaces, monasteries and fortresses of this world or should we rather concentrate on the slums of this world, since the matter will then be cheaper and easier to implement?


Too, this will be arranged by my person if necessary, you can be sure, because my person is not a supplicant !! !

HP.: Please let that German-language document be translated in many languages and be handed over to the corresponding people worldwide.


** Of course, the world's laboratories are another threat to humanity, especially if the number of laboratories continues to increase or laboratory tests become uncontrollable, increasing the likelihood of being hit by a pandemic or the multitude of chemical warfare agents.