It's Time For Something New!

To the Jehovah's Witnesses 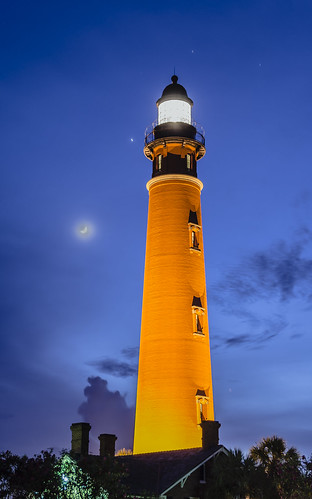 Good Morning World, It's Getting Light Outside ....

(German hit of the top ten)

To the World Population as the Corona Easter-letter in 2021 as CC!

Free English translation. That German-language document you may find here!

Thank you for YOUR invitation to your most important event of the year.

Of course, my person is always a bit shocked when I have to look at the optically designed invitation from Jehovah's Witnesses, because, as already complained, a photo model or an actor is shown instead of Jesus Christ on the invitation.
A handsome masculine man in a robe as a photo model or as a photo montage of a man, who spreads his hands invitingly can be recognized in the invitation.
That alone my person is bothered about enormously in your faith, because a Christian-established child will usually get a completely wrong picture of our Lord God and the Trinity of God!
But of course that is not all what is insufficient and inconsistent with your faith, such as the too frequent use of the old testamentary name of God.
My person values your "Jehovah" very highly, because HE certainly also has his right to exist at the end of time, but a paradise on earth that this "newborn" Creator wants to create would mean the end for the continuation of the begotten and created life.
An ideal world without evil, where the lion lies down with the lambs, that would be the abolition of human free will, whereby the spirit or soul of the respective human being is characterized by its freedom of choice.
The Creator did not want a remote-controlled “do-gooder” who does no evil, otherwise HE would not have delivered his only begotten Son to mankind, so that death was conquered by the “only begotten Son” and thus by a part of Creator by a resurrection of the dead can be done as a human.
This perfect, dreamed-of and yet planned world can already be “thought” when there is a clear separation by God and the devil after the life of a “risen” person, in which the purgatory before the finality of the place of the person`s eternal life also should be called in this regard..

Unfortunately, an animal-human separation must also be considered and managed and this separation is not even the last therefrom!

Whether a total or limited personality change will take place in paradise, where there will only be good and blissful things, my person cannot make out at the moment; that can probably only be determined, if my person as a manager has to finally go through death one day!

My person probably contacted the place of the desired and imagined paradise once during an eye operation, which was rather frightening and looked sad, but the recognized Earthlings were from this world, but these two ones were not in this world!

Easter is a very serious matter right now, but it is also the highest possible Christian festival for everyone around the world.

So we should all be grateful that we are worth it as humanity that the Creator of heaven and earth has taken us into his existence and care as humanity, and we should finally understand that Creation sustains us in spite of everything, probably it does as long as it will remain, as the earth already clearly shows and in that the end of time is long in front of the door, but it will most likely not be the end of the short-term, very badly shaken "almost gone down world", which at least guarantees the core of our existence and the progress of life permanently and will be renewed for humanity and thus "something will be changed" and would have to be created!

With this in mind, we should all be grateful that there are also precious pearls, among others. and will be there for the end times in the wanted and intended world religions of all master countries, whose every human being should protect and preserve, what  is especially true for the pearls of Jehovah's Witnesses, whose must be able to decide them correctly for all of their believers at a predetermined point in time!

So my person remains with kind regards,
Ursula Sabisch

My person wants and must publish this letter as Easter-letter 2021, so that every thinking person can understand what is going on and so that everyone understands, that obedience must be given!

HP: In order to keep this gigantic earth tremor mentioned above within the realm of the possible, many of the CORONA-deceased will logically be traced back to the earth, if possible at the bottom of the sea "as or in UFOs", surely made by something completely  alien, whose will be located behind the horizon, there, where the embryonic Souls who have aborted will find themselves by being evaporated to Creation, where evidently Creation will be attacked and at the same time must hold onto the cycle of life!